You are here: Home / Towns / Hanover Homes / About Hanover MA 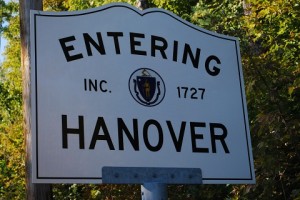 Thinking of moving to the South Shore and want to learn more about Hanover MA?

Hanover MA is a beautiful, quaint suburban town located approximately 20 miles south of Boston? Hanover was first settled by English settlers in 1649 when William Barstow, a farmer, built a bridge along the North River at what is now Washington Street. The land was the westernmost portion of the town of Scituate, and it would officially separate and be incorporated as a town June 14, 1727. The name “Hanover” is probably a tribute to King George I, the first Hanoverian King of Great Britain.

Early industry in Hanover revolved around farming, small mills and shipbuilding along the North River

Industries in Hanover would include tack factories and shoe factories along the smaller waterways in the town. Hanover was the site of the invention of the first tack-making machine, and making tacks and fireworks were among the industries of the later 19th century for Hanover Mass. 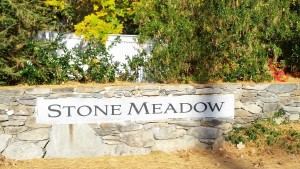 Today, Hanover is made up of mostly residential neighborhoods. Hanover has a large shopping center, the Hanover Mall and other retail shops and restaurants mostly located along Route 53. Hanover has been a popular suburban town for people and families to move to who are looking for rural living, friendly neighborhoods, good schools and competitive athletics.

According to the United States Census Bureau, Hanover has a total area of 15.7 square miles. Located on the South Shore, with a short drive to beaches and coastal areas from Hull to Plymouth, Hanover is bordered by Norwell to the north and east, Pembroke and Hanson to the south, and Rockland to the west and northwest.

Much of Hanover’s eastern and southern borders consist of three waterways, the North and Indian Head rivers along the south and southeast, and the Third Herring Brook along the east. There are also several small ponds and brooks throughout the town, the largest pond being Factory Pond, a tributary of the Indian Head River in the south of town. The town has several small parks, sanctuaries and conservation areas spread throughout the town. 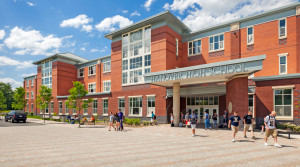 Hanover operates its own public school system for the town’s approximately 2,700 students. There are three elementary schools, the Cedar, Center and Sylvester Elementary Schools. The Center School serves students from pre-kindergarten through second grade, the Sylvester School (located around the corner from the Center School, both at Hanover Center) serves third and fourth grade students, and the Cedar Elementary School (located next to the high school) serves from pre-kindergarten through fourth grade. The Hanover Middle School serves students from fifth through eighth grade, and Hanover High School serves students from ninth through twelfth grade. Hanover High’s teams are nicknamed the Indians, and their colors are blue and gold. Hanover competes in the Patriot League, and their chief rival is Norwell. Hanover finished building its new high school in 2012. Hanover is also the home of the South Shore Vocational Technical High School, which serves the vocational needs of the surrounding communities.

Hanover Mass also is home to the South Shore YMCA.

If you are considering buying a home in Hanover, MA, please feel free to contact me, George Jamieson, Realtor at William Raveis Real Estate at 617-877-4839 or by email at George.jamieson@raveis.com