The developer is expected to receive approvals from Hanover and Norwell town boards by the end of 2019. This will lead the way for demolition of a majority of the existing mall originally built in 1971. Macy’s is the exception, which will remain open during construction and become an anchor tenant in the new Hanover Crossing. The majority of existing tenants including Walmart and Sears plan to close and vacate by the end of October 2019. 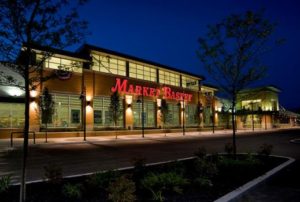 To date, the developer has announced that Market Basket plans to be the anchor supermarket tenant with a brand new 80,000 square foot store to open in Spring of 2021. Market Basket has a long local history in New England, now in its 102nd year of business with over 79 stores. 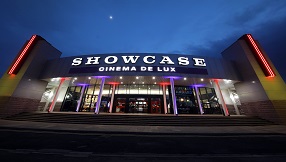 In addition, the developer has announced that Ten Pin Eatery & Barstow Tavern will be another anchor entertainment tenant with a 31,790 square foot complex with a bar, restaurant, bowling alley, and arcade. Ten Pin Eatery is owned by long established Ryan Family Amusements. Joining Ten Pin Eatery will be Barstow Tavern, a family restaurant and pub serving high-quality American cuisine, which includes an extensive seafood menu.

According to the Developer’s press release, the restaurant’s name is inspired by William Barstow, the first non-indigenous settler in Hanover, MA, whose family of renowned shipbuilders in Norwell, also built Hanover’s first bridge over the North River on Washington Street.

According to PREP Property Group, Dicks Sporting Goods, Petco, OfficeMax, Mattress Firm, Trader Joe’s and Panera Bread will all remain tenants, however, Trader Joe’s may expand its footprint as Panera Bread may move to a new free-standing building with a drive-through.

PREP Property Group requested 13 liquor licenses for the development, which is a hopeful sign that the region will gain some much needed restaurant options. Some have likened the new Hanover Crossing development to Derby Shoppes in Hingham, however, it’s obvious from the site plan and renderings that this development will be far superior. Hanover Crossing will offer a true open air shopping and entertainment destination, more similar to Legacy Place in Dedham. 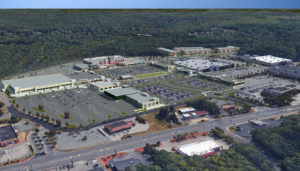 Another focal point of the development is the adjacent 297 luxury apartment units being built and developed by the Hanover Company.  This $85 million dollar residential development will be built after the majority of retail component of Hanover Crossing is complete.

According to the Developer, the first phase of development will be the construction of a waste water treatment center and then demolition of the existing mall. Currently, formal public meetings and discussions are ongoing with Hanover and Norwell planning and conservation boards to negotiate final mitigation and order of conditions for the development.  Of interest to Norwell residents is the widening of the Mill Street bridge and connecting South Street sidewalks at the entrance of Norwell High School and the new under construction Norwell Public Library.

Stayed tuned to future tenant announcements. Save this page and check back regularly. 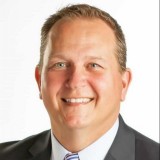 George Jamieson is a local and trusted Realtor who has over two decades of experience helping buyers and sellers south of Boston, MA on the coastline of the South Shore.